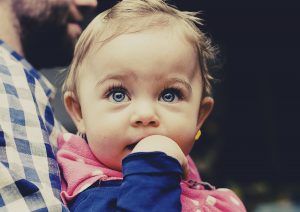 JP Morgan Chase announced Thursday that it had reached a tentative settlement in a class action case involving a father denied 16 weeks of paid leave offered by the company after the birth of his son. The father was only offered two weeks because he was not the primary caregiver – a role traditionally reserved for mothers in the employment world at large.

The financial institution is not the only one feeling the heat. Companies including Estée Lauder and CNN have had their parental leave policies challenged in recent years, both resulting in settlements. In the CNN suit an employee complained to the EEOC that giving fathers two weeks of paid leave compared to ten weeks to mothers was discriminatory resulting in CNN changing its policy to make it more equitable moving forward.

If the settlement in the JP Morgan Chase case is approved by a judge, it will be the first to result from a class action case brought by employees in a parental leave dispute, which could very well encourage more employees at other companies to come forward. As to father who felt he was not being treated fairly in the JP Morgan Chase case – he was granted the full 16 weeks of leave. The company has also clarified its policy so that other fathers can easily take the full 16 weeks and plans to create a fund to compensate fathers shortchanged in the past.

Do You Have a Paid Leave Dispute Following the Birth of a Child?

Employment law disputes involving paid parental leave, FMLA, or leave following a pregnancy or workplace injury, are not uncommon. Employees can suffer the consequences of unfair and often illegal workplace practices that may result in lost wages and retaliation.  If you have a parental leave concern, contact the Iowa employment law offices of Stoltze & Stoltze PLC for answers at 515-244-1473.

Source: Victory for Fathers in a Parental Leave Case That Could Be a Harbinger, The New York Times, May 30th 2019