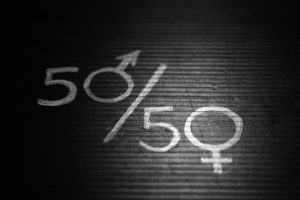 The Equal Pay Act requires that men and women receive equal pay for substantially equal work. The Equal Pay Act of 1963 provides that employers may not pay unequal wages to men and women if the they bring similar skills to bear on their similar duties; they put in roughly equal amounts of effort to perform the job; have similar levels of responsibility; that working conditions are on par; and they are employed within the same establishment.

To illustrate how it can go wrong, take the case of a female associate professor at a Denver law school who recently filed an Equal Pay Act complaint after finding out she was earning significantly less than her male peers in the same academic category.
She became privy to the fact the she was making tens of thousands of dollars less than other associate professors after the college was compelled to publish a list of salaries following a previous lawsuit.

Not only was she earning the least among her peers after being employed with the college the longest and receiving excellent reviews year over year, 11 out of the 12 associate professors at the school who had been earning more than she were male and/or non-Asian. Even a male employee of lower ranking was pulling in more income than she.

Before the salary list was made available the associate professor, who also happens to be of Asian/Indian decent, had no idea she was earning significantly less than other associate professors. The unsettling revelation led her to file a complaint, the resolution to which is still ongoing.