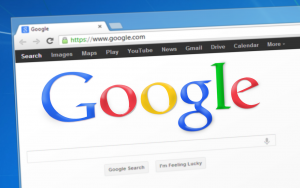 Setting the bar for employers across the nation, tech giant Google will end mandatory arbitration of employment disputes beginning in March of this year – an expansion of a previous decision to do away with forced arbitration in cases of alleged sexual harassment and assault.

Following the #me-too movement, big tech companies such as Google, Facebook, Uber and Lyft all backed away from mandatory arbitration of sexual harassment and assault claims, with Google taking the first step after 20,000 employees staged a walkout protesting how the company handled sexual misconduct claims.

Googles more recent move to expand the end of mandatory arbitration in all employment disputes, including allowing employees to bring class action claims, is seen as a victory for employees who can now choose between arbitration and pursuing a legal remedy when their rights are violated.

Many hope that the changes have a ripple effect across the country so that employees who suffer sex discrimination, including sexual harassment, or other employment abuses can have their day in court.

If you have been discriminated against in your Iowa workplace on the basis of sex, including sexual harassment, race, religion, national origin, physical or mental disability, or other protected classes, or, if you have been wrongfully terminated or otherwise retaliated against in an illegal employment action, contact the Iowa Employment Law attorneys of Stoltze & Stoltze PLC at 515-244-1473.